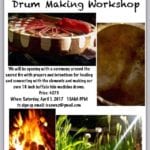 Dawn of a New Time, Sedona Arizona
Gathering of Indigenous Elders from the Sierra Nevada of Santa Martha Arhuacos and Kogi
June 22 – 24, 2012 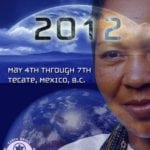 Return to the Sacred Fire, A Gathering of Eagles, Grain Valley, MO
A summit of native nations joining together at the doorway a new era of peace and prosperity that will begin to spread throughout the world.
June 4-7, 2010

The Mayan Prophesy Pilgrimage: History in the Making
November 25 – December 9, 2007

Earth Works for Humanity Presents: Mayan Elder traveling through the Verde Valley on a sacred U.S. tour with a message of peace
July 2007

Earth Works for Humanity Presents: Thunder In The Desert
April 2, 2006